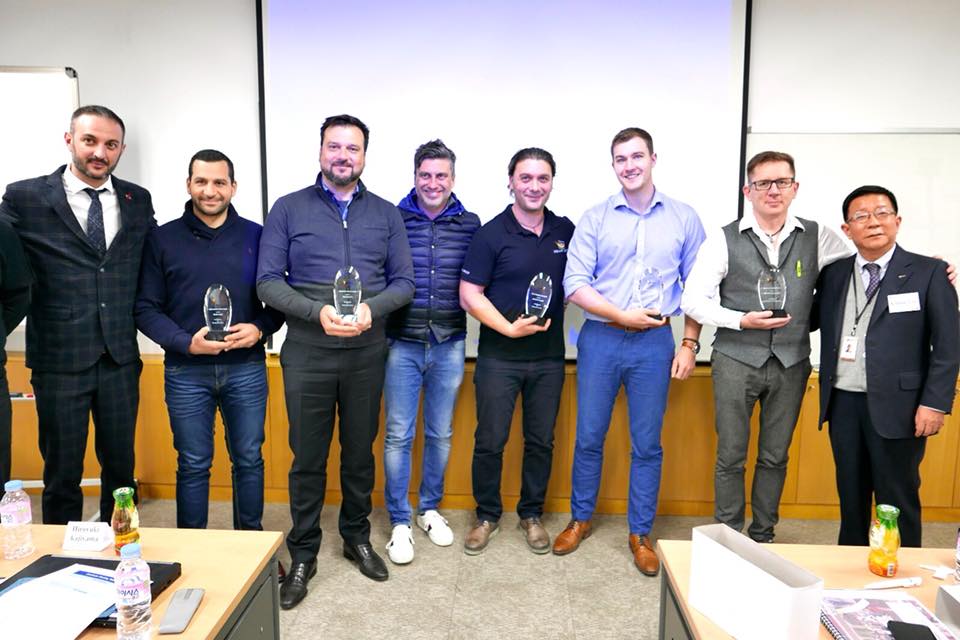 Korean company d.gen takes one of the top positions in the world rank list for manufacturers of large-format textile printers.
Mirage Group's partnership with d.gen is based on solid relationships since 2011 and the business between the two companies has been growing steadily with each passing year.

In November, as a longtime partner, Mirage Group was invited to Seoul, where d.gen organized a meeting of partners from around the world.
Mirage Group proudly accepted the prize, presented personally by Mr. Lee, owner of d.gen. Achieved high scores were deservedly appreciated with a prize for Market Development in the Balkans and Eastern Europe.

Only for 2017 Mirage has signed deals for 13 new d.gen printers, with the turnover regarding only the Korean partner in the years 2014-2017 is marking a growth of more than 300%.
With a broad specialization in digital printing, Mirage Group follows closely the trends of the industry. Textile printing as the most dynamic developing industry will continue to be the focus of the company's performance in local and international events.

The company is a traditional participant in the FESPA International Digital Printing Exhibition and the local exhibitions Copi`s Sofia and Grafima Belgrade. At FESPA Hamburg in May 2017, the company accomplished sales mainly in the textile digital industry and is looks forward to the last exhibition of the year - FESPA EURASIA 7-10 December in Istanbul

NAME OF THE PRODUCT